The family of Janet, who came all the way from Tuguegarao, Cagayan prepared jackets guaranteeing that they can experience the chill climate of Baguio City, however they were unable to use them because of its hot temperature. Expecting that they can feel the coolness of the weather but they were greeted with a hot day instead, almost the same as what they have in the lowlands.

The Philippine Atmospheric, Geophysical, and Astronomical Services Administration (PAGASA)–Cordillera recorded Baguio City’s temperature at 27.8° Celsius on April 7, the hottest since the 30.4° Celsius recorded in 1963. For the first time in five decades, the city experienced a hot temperature which may even further increase in the wake of the El Niño occurrence.

With the extreme heat that we are experiencing as early as now, it is good to have adventure and physical challenge this summer at Tuba, Benguet just near Baguio City. It has picturesque spots perfect for this summer.

Entering a dark, unknown, and unfamiliar cave hidden in the mountains of Twin Peaks, a best place for spelunking with its opening along the riverbank of Bued River can be found. The entrance is arched by a lace of brown and yellow curtain-like stalactites as if someone intentionally decorated such an awesome design perfectly in its place. 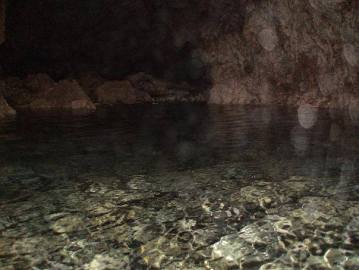 It is a challenging adventure since you have to fit in a space between walls of rocks and climb the wall of rocks with the help of gears like ropes, harness and restraints for safety reasons. Moreover, rocks inside are like hardened mud and some are slippery.  Also, some rocks are really sharp and are just inches above your head. There were huge brown rocks as if intentionally carved asymmetrically with chisels and mallets. But as you looked closer, the boulders and the walls are authentically created by nature.

There are freezing bodies of water which can tempt you to better swim rather than holding onto rocks on the sides and walking on a pathway with boulders and sharp protruding stones. Water endlessly gushes out from above. It was as clear as crystal that you can see the rocks and stones lying at the bottom of the water. On a higher part of the wall was a tiny bowl where clean water trickles down. Farther ahead, we can hear the loud pounding sound of flowing water from behind a huge rock.

Gushing from a solid rock wall, the Bridal Veils Falls at the border of Camp 1 and 2 in Tuba, Benguet, cascades down from a great height before rumbling into a dark pool surrounded by craggy boulders that looked as though it has been carved eons ago.

From afar, it indeed looks like a very long white veil, resting on a towering rock face.  It is a frequently used name for waterfalls that observers fancy resembles a bride’s veil. It resembles a “bridal veil” when viewed from the national road.

The treck to Bridal Veils Waterfalls is virtually non-existent, so fear not, non-hiking buddies of mine. The starting point is just along Kennon Road. And from the highway itself, the waterfall is merely a minute walk away; through a metal hanging bridge with a sheer drop into the shallow Bued River below, that is.

The ease of accessing the three-tiered Bridal Falls does not make it a lesser waterfall. In fact it is one of the most unique I have seen, and I have seen a lot. After you get off the bridge, there’s a footpath that would lead you straight to the falls. You had been at around its mid level.

Janet and her family enjoyed their vacation experiencing the coldness of the water of Bridal Veil Falls and the adventurous escapade at Tukang Cave. It is worth to deserve in the occurrence of hiking temperature today.