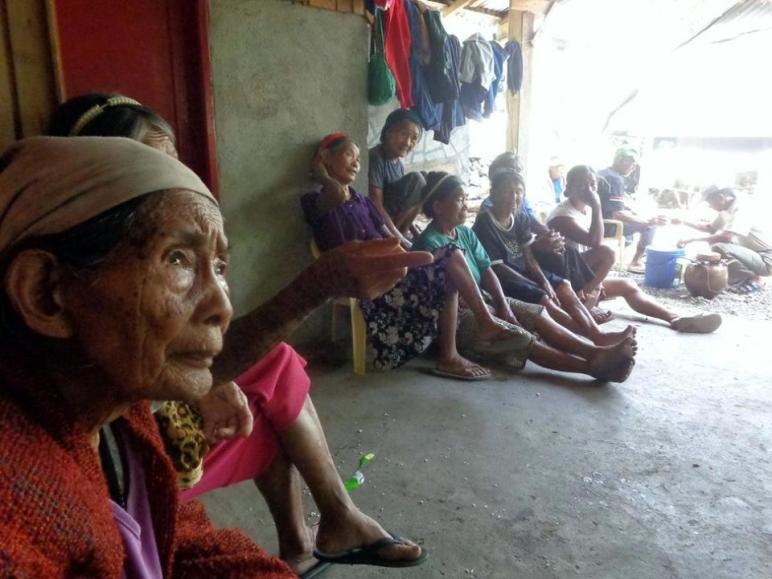 Conflict exists everywhere. As such, humans of different culture have created various ways of conflict management to maintain peace and order in their respective communities.

In Tabio, Mankayan, a part of Benguet, they practice the tungtung system which is an indigenous way of managing and resolving conflict.

Tungtung is a verbal form of settling and resolving conflicts. It is an oral tradition shaped by our ancestors and had been practiced since time immemorial and passed over from generation to generation. Other parts of Benguet and the Cordillera region also practice the tungtung system. However, in each place or locality, the system varies in how it is practiced.

According to the National Commission on Indigenous Peoples (NCIP) in Benguet, the system has developed over time with the purpose of restoring harmony within the community and the locals’ relationship with nature and the spirits. The community’s trust and affinity in the system guarantees its success.

In a study titled ‘‘Redefining Tungtung, Way of Managing Conflicts in Tabio, Mankayan, Benguet’’ by Cherry Mae Q. Sab-it, it was found out that tungtung is effectively practiced in barangay Tabio, Mankayan. Minor and major types of conflicts discussed in the local level through the tungtung system were resolved. And despite challenges to the system, the locals of Tabio still choose to practice tungtung in resolving conflict due to its practicality.

According to the study some cases where tungtung was conducted in Tabio, Mankayan were theft, physical injury, robbery, and even rape. They have also settled property disputes on house and land and unjust vexation.

Tungtung is mediated by elders and the Lupons who are trusted and respected in the community to ensure that the conflict will be resolved with the appropriate justification and resolution.

In the tungtung system a party raises his complaints to an elder or a Lupon member and the matter is then presented and discussed upon with other elders or members of the community. Both contending parties can discuss freely and any of the elders can speak out to guide and direct the discussions when arguments become heated. The elders or the community members congregated can reprimand anyone who becomes too emotional in the exchange.

Tungtung is conducted to keep a peaceful and harmonious relationship between the people of the community. Thus it is performed through coming up with agreements that both parties involved would be able keep.

NCIP also stated in Benguet.gov.ph that the tungtung system covers all aspects of bad behavior and the process of determining guilt and punishment is participatory so the community at large hears the case, and judgment is arrived at through a consensus of those present.

However, the practice is faced to several challenges. Sab-it mentioned that as years passed by, the side of the Lupons became less active and do not call for monthly meetings as they usually do. However, it is due to the reason that they are no longer chosen by the parties involved to mediate in the process. Thus, the Barangay Chairman appoints other Lupons who are more credible to be in charge of taking part in the tungtung system once he sees that the person previously assigned is not compatible.

It is also a challenge when both of the parties involved in the conflict turn out to have high emotional behaviors and heated arguments. In this case, the elders and the Lupons would have to mediate and let both parties calm down before continuing with the resolution.

High penalty imposed by the complainant and denying or dishonest parties are also a challenge as arrived at in the study. The mediators have to be keen and wise in order to figure out what is the most appropriate way of dealing with the conflict.

The practice of tungtung is still performed these days by the people of Tabio and likewise in other parts of Mankayan and Benguet. As Sab-it’s study stated, despite the challenges in the tungtung system, the people still choose it as their institutionalized form of solving cases and conflicts since it does not require a lot of money, is not time consuming, and it eliminates the gap between rich and poor.

The resolutions of the tungtung system are also abided and respected by both parties involved and likewise by the community members. It helps prevent people from repeating the same grievances or doing any offense since they know what their punishment might be.

‘‘Conflicts are inescapable. So instead of running away from it, we should face it head on in a peaceful manner,’’ says Gemma Jammas who have witnessed tungtung system. She noted that using traditional means of conflict management which have been practiced for years greatly helps make the members of the community abide by whatever the result of the tungtung is.

We cannot stop conflict from existing, but we can create ways of managing and resolving conflict in order to maintain a peaceful and safe community just like how the tungtung system have sustained peace for generations in Mankayan, Benguet. # VictoriaMagastino_PeaceandConflict